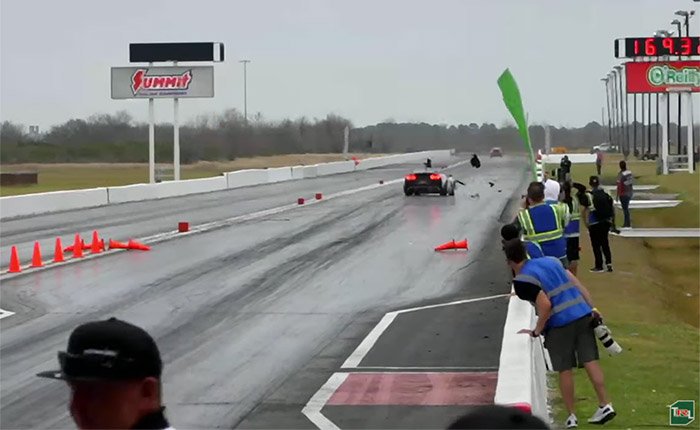 Talk about one hell of a scary ride!

Watch as this C6 Corvette is making a quarter-mile run at the recent TX2K22 event when something goes very wrong. The car just seems to get all wonky and it looks like the rear end or rear suspension broke during the roll race as it was going down the track. Just when it looks like the driver has it under control, the passenger-side rear tire blows and throws shredded rubber into the air.