It’s been 100 years since Henry Ford, in the aftermath of World War I, purchased the scraps of the Lincoln Motor Company. Ford put his son Edsel in charge of the automaker, and challenged him to create a luxury car company that could rival Cadillac, Packard and Pierce-Arrow.

This meant, first off, bringing actual automotive designers into the fold, building out Ford’s first such department. The Model T, Ford’s then long-in-the-tooth mainstay, was created by engineers, and looked it.

“For Lincoln, the innovation and setting of new standards of modernity has always been a core of our design,” said Kemal Curic, a 20-year veteran of Ford, and global design director of Lincoln since 2014. “Since its founding purchase from Henry Leland, Lincoln was always courageous to introduce new designs.” These included concentrations on streamlining and exuberance.

These focci yielded a number of vehicle designs that were influential not just for the brand, but for the industry. 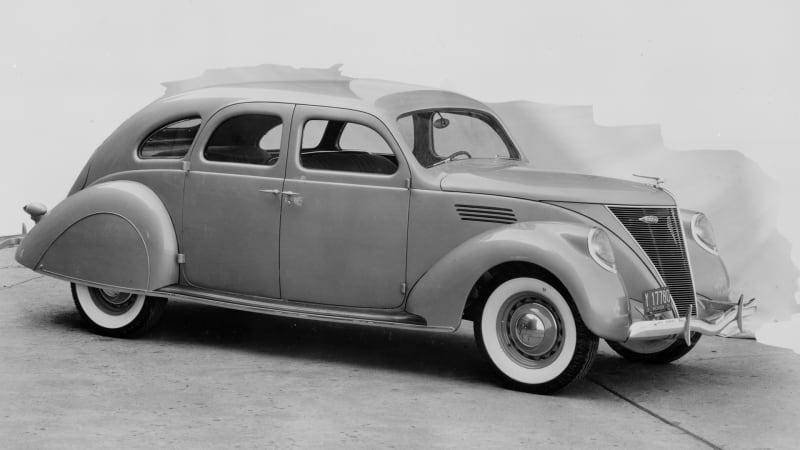 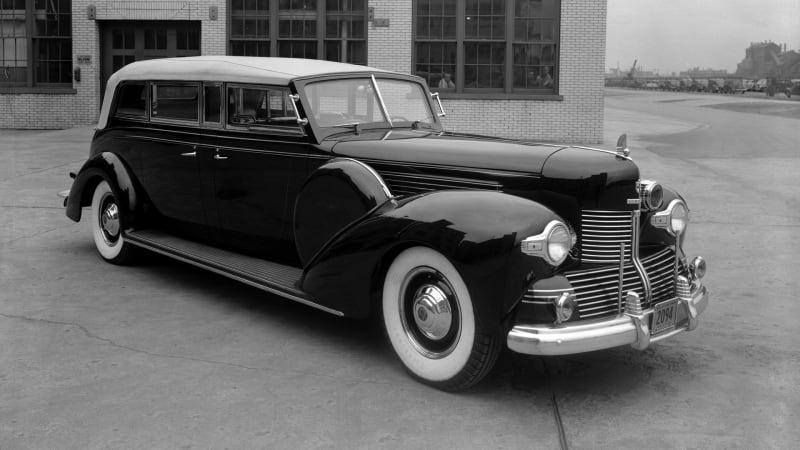 “Some of the cars that changed America were the 1936 and ‘38 Zephyr. The ‘36 for its aerodynamic look, and the ‘38 for its patented horizontal grille,” said Lincoln archivist and historian Ted Ryan. “Also, the 1939 Zephyr Continental, developed in ‘39 as a 1940 model – later known just as the Lincoln Continental – instituted another icon that stayed in place for decades with the spare tire initially exposed, and then treated with the spare tire hump.”

Both Ryan and Curic also called out a number of other inspiring Lincoln models. These included the 1955 Lincoln Futura concept – which was later turned into the Batmobile by George Barris – and the 1961 Continental, famed for its rectilinear slab sides and suicide doors, plus its role as a presidential limousine in the Kennedy era.

“These cars emphasized horizontality,” Curic said. “We like to relate that to the designs of Frank Lloyd Wright in his architecture. Wright loved his Lincolns. These proportions on the exterior were always Lincoln signifiers.” 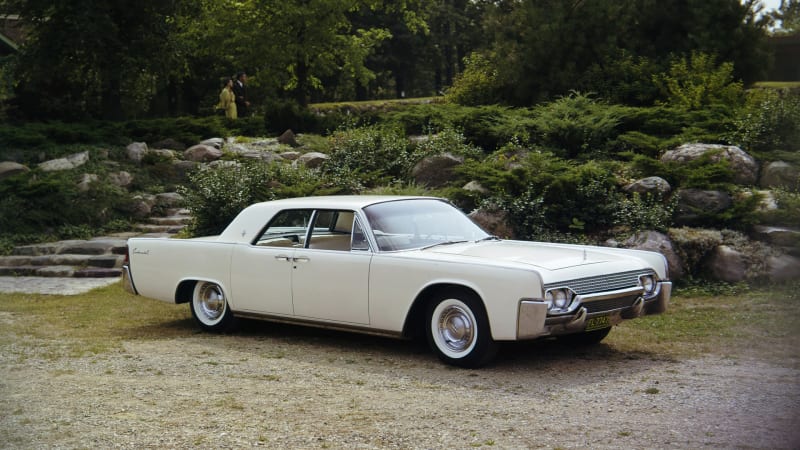 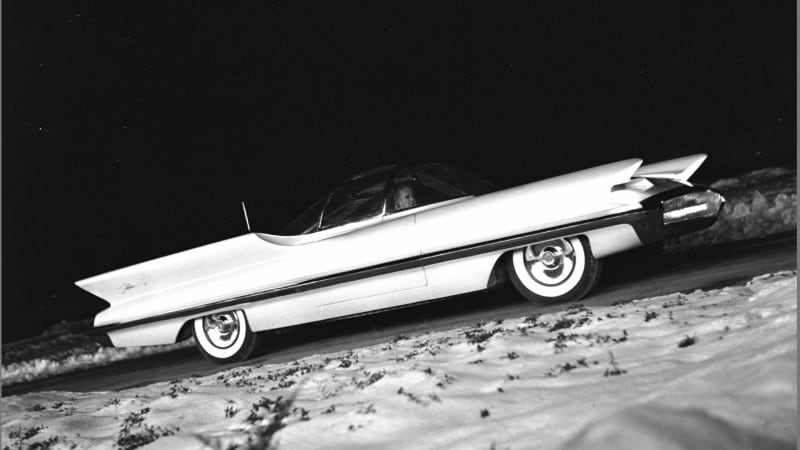 Lesser known than these is an example of what, back in the day, was known as a Hybrid: a car featuring an American powerplant and European design.

“I’m a huge fan of the 1955 Indianapolis Concept,” Curic said, a stunning jet-like vehicle that was last up for auction by RM Sotheby’s in 2013. “A commissioned vehicle done in Italy that was an American car in an Italian suit – an American spirit, but dressed by Carrozzeria Boano. It had inspiring proportions and vibrant color. It was something very unexpected for the brand.”

Oddly, perhaps the most inspiring vehicle the brand created in the past two-dozen years was a chromed-up truck.

“A vehicle that started out as an outlier but transformed the luxury SUV market was the Lincoln Navigator, which was introduced in 1998,” said Ryan. “We’d killed the big two-door Bronco in 1996, because consumers needed four doors. People were migrating into sport utility vehicles, and in terms of a higher-end luxury SUV, that changed that market completely.”

No one could have predicted, back then – at the inception of America’s voracious and bottomless appetite for giant high-end SUVs – that, just 25 or so years later, Lincoln would have given up entirely on producing passenger cars for its home market. But that is currently the case. The only vehicles the brand sells here are sport utes in four sizes: small (Corsair), medium (Nautilus), large (Aviator), and extra-large (Navigator.)

Though higher profit margins and regulatory loopholes have played a role in the meteoric rise of the guzzly SUV, and the demise of the more efficient automobile, Curic writes its dominance off solely to the market. “We’re customer focused,” he said. “We observe the market, and adapt our offerings accordingly.” 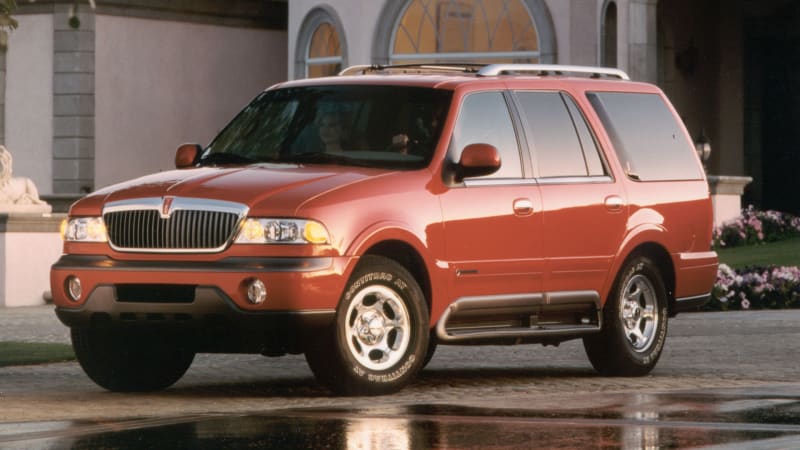 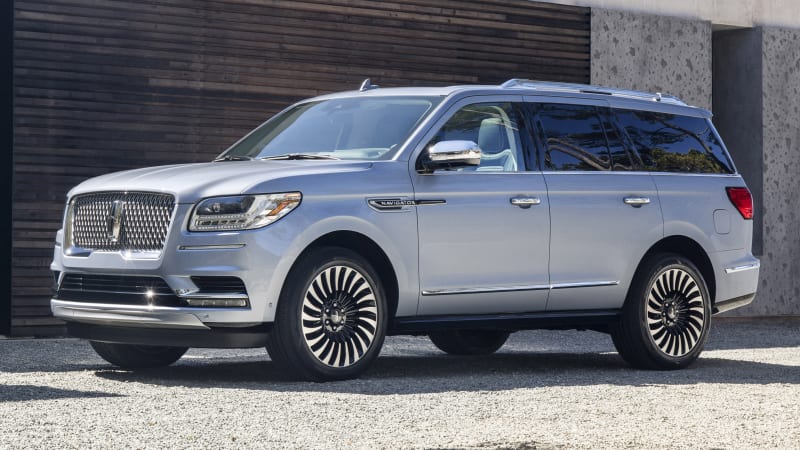 Hopefully, this market focus will soon include an electric pathway for the brand. The Corsair and Aviator are both currently offered in plug-in hybrid variants with 20-plus miles of electric-only range. Lincoln doesn’t offer a fully electric vehicle. Still, the brand claims it is focused on EVs as its inevitable future.

“We are embracing the electric revolution, the limitless opportunities we see with a flexible architecture unbound by convention,” Curic said, referring to the idea that the design of an electric car need not be shackled to the traditional placement of components like an engine, transmission, exhaust or fuel tank.

However, this unhinging from customary practices might also mean Lincoln’s relinquishing of iconic hallmarks and cues from the previous century.

“The secret is to take full advantage of the flexible architecture, and not hang on too much to the past,” Curic said. “A spiritual connection, a nod, an homage? Yes. But we have a really great opportunity – the most exciting time for all of us in the industry – in terms of recreating the automobile.”

Might this idea of recreating the automobile include, in the future, an actual Lincoln car again?

“It could be. Why not?” Curic said. “We’re excited about the next 100 years. Diving in, evolving these limitless opportunities. We will continue to obsess about creating these vehicles that the world of tomorrow will have to have.”