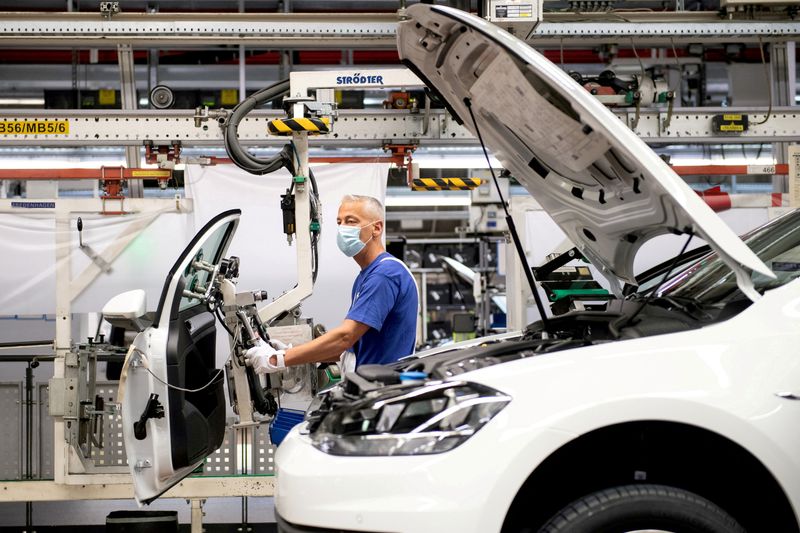 FRANKFURT (Reuters) – Europe’s automotive sector has become too reliant on Asia and other regions for vital components such as semiconductors and battery cells, Bosch’s outgoing chairman told a German newspaper.

Automotive Chips and battery cells have become the two most important components in the age of electric and autonomous vehicles, forcing European carmakers to rely on Asian suppliers as local industry has been slow to build capacity close by.

“Yes, we have become too dependent on other regions, and a change of course is needed,” Bosch’s Supervisory Board Chairman Franz Fehrenbach, who steps down at the end of the year, told Frankfurter Allgemeine Zeitung.

“However, this is not the fault of politics, but is related to cost optimisation in the supply chain,” he said. “The car industry is slowly asking itself how raw material supply will look like, particularly for battery cells.”

German firms have outlined plans to claw back control, including Volkswagen (DE:) which plans to build six large battery cell factories with partners in Europe by 2030.

A global shortage of automotive chips has highlighted the problem, causing the European Union to launch subsidy programmes to attract chipmakers to the continent.

Bosch, the world’s largest automotive supplier, opened a 1 billion euro ($1.1 billion) chip plant in Germany this year, its biggest-ever investment, as it stakes a claim to equipping the latest electric and self-driving cars.

Disclaimer: Fusion Media would like to remind you that the data contained in this website is not necessarily real-time nor accurate. All CFDs (stocks, indexes, futures) and Forex prices are not provided by exchanges but rather by market makers, and so prices may not be accurate and may differ from the actual market price, meaning prices are indicative and not appropriate for trading purposes. Therefore Fusion Media doesn`t bear any responsibility for any trading losses you might incur as a result of using this data.

Fusion Media or anyone involved with Fusion Media will not accept any liability for loss or damage as a result of reliance on the information including data, quotes, charts and buy/sell signals contained within this website. Please be fully informed regarding the risks and costs associated with trading the financial markets, it is one of the riskiest investment forms possible.