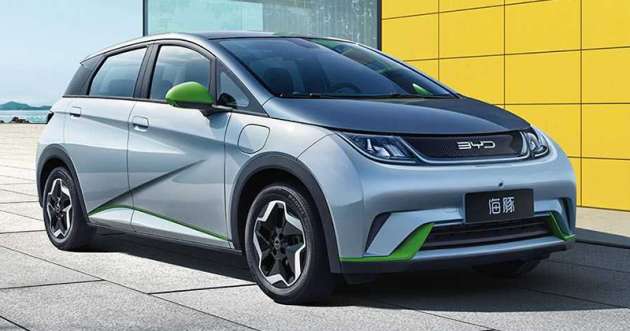 Chinese electric vehicle (EV) specialist BYD is setting up shop in Thailand. According to Autolifethailand, the brand is set to be launched in June this year. The report says that BYD’s local partner will be a group of investors led by Pratarnwong ‘Pok’ Phornprapha, the third generation heir of Siam Motors Group, an old name in the local car industry associated with Nissan in Thailand.

The company is set to be called BYD Automobile Thailand, and total investment is said to be 20 billion baht, with 17.3 billion baht of that going into a factory that BYD will hold 85% stake. The rest of the 20b will be for setting up the brand’s sales and after-sales network – here, it’s the Thais that will hold the lion’s share of 85%.

The planned factory will produce right-hand drive EVs for domestic consumption as well as exports to other RHD markets. Australia and Malaysia are among the big RHD export markets for Thai-based manufacturers. According to Autolifethailand, BYD’s debut model in Thailand will be the EA1 a.k.a. Dolphin, and the EV’s launch will happen at the end of this year. The Dolphin will be gunning for the cat, which is of course Great Wall’s Ora Good Cat, which has received good response in Thailand.

The report says that since BYD is joining the Thai government’s EV drive, the BYD Dolphin will get incentives such as a 150,000 baht discount and full excise tax exemption. RRP after incentives is expected to start at over 700,000 baht (RM88,372), which is cheaper than the Ora Good Cat 400 Pro.

Everyone makes an EV or two these days but BYD was one of the sector’s pioneers in China, now the world’s leading electric car market. Check out the brand’s good looking and technically strong EVs like the Atto 3 and upcoming Seal – what do you think?