Ah yes, the evening ritual of scrolling through every streaming service looking for something to watch only to realize you’ve already wasted a whole 20 — no — 30 minutes! Forget it. Tonight will just have to be another Rick and Morty rewatch, or maybe a scroll through TikTok before bed. Tomorrow, you promise, you’ll pick a movie in advance and end this nightmare cycle.

We too suffer from this syndrome, and we’re here to give you back that chunk of indecisive time. We’ve spent hours wading through every movie category on Amazon Prime Video, past rows of films everyone’s already seen, to build a list of the best and most underseen movies buried within the depths of Amazon Originals and the dozens of bad-action–thrillers-that-look-fake (please, stop making these!).

Here you’ll find a little something for every genre. There’s a twisty romance thriller about catfishing, an action-packed Korean blockbuster, an indie horror gem, an undersung classic noir, a gripping climbing documentary, and much more. 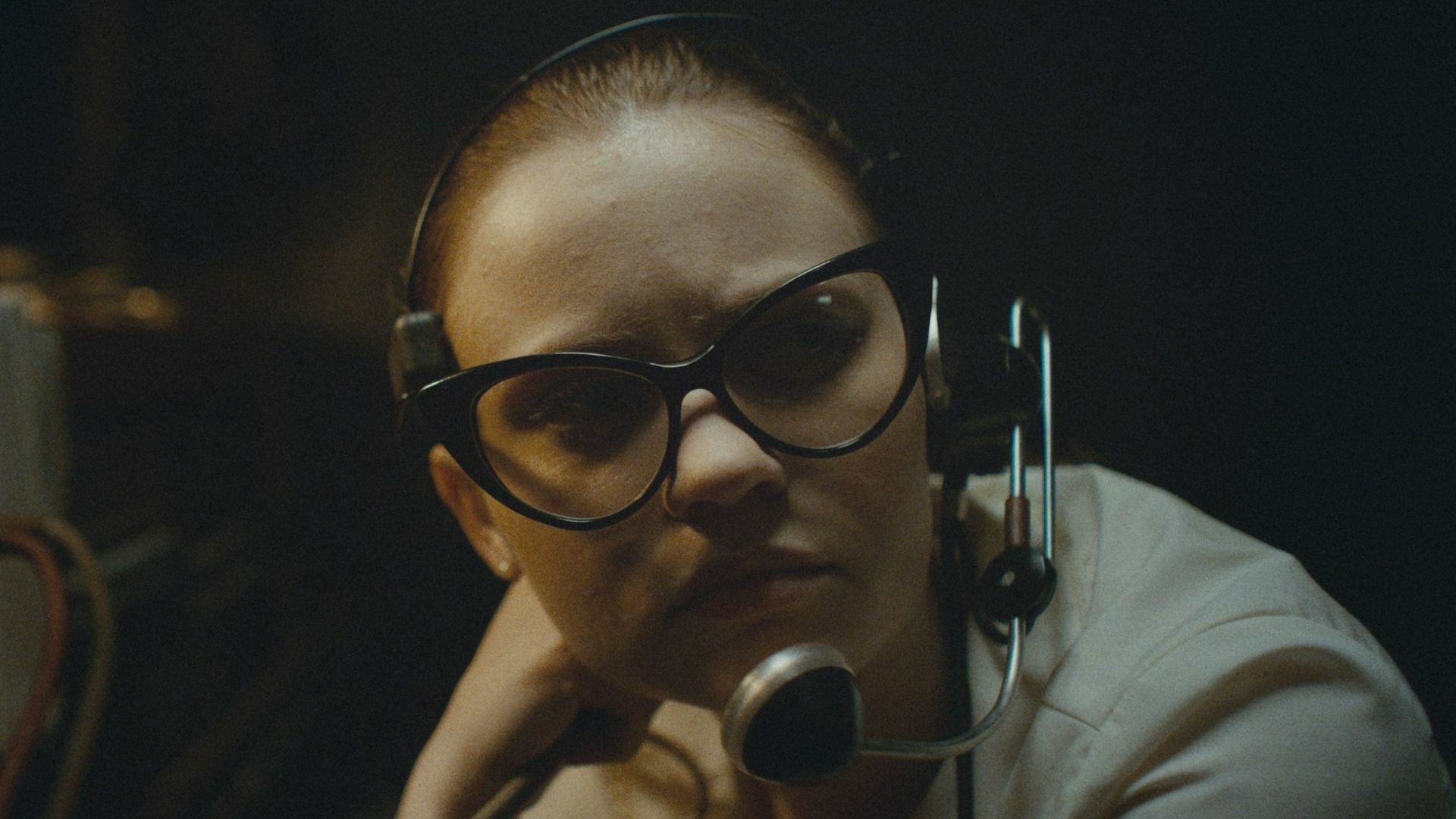 Andrew Patterson’s The Vast of Night is like an old-school sci-fi radio play come to life on screen. In 1950s New Mexico, a young switchboard operator (Sierra McCormick) picks up an odd frequency playing over the air. Then local calls start to pour in reporting a strange sighting in the sky. Patterson’s mesmerizing debut echoes the mystery and awe of Close Encounters of the Third Kind and unravels a taut yet imaginative narrative reminiscent of a Twilight Zone episode. Clocking in at a tight 89 minutes, The Vast of Night delivers just the right amount of suspense and intrigue. If that’s not enough, there’s even a fantastic 4-minute tracking shot that’s sure to impress.

How to watch: The Vast of Night is now streaming on Prime Video. 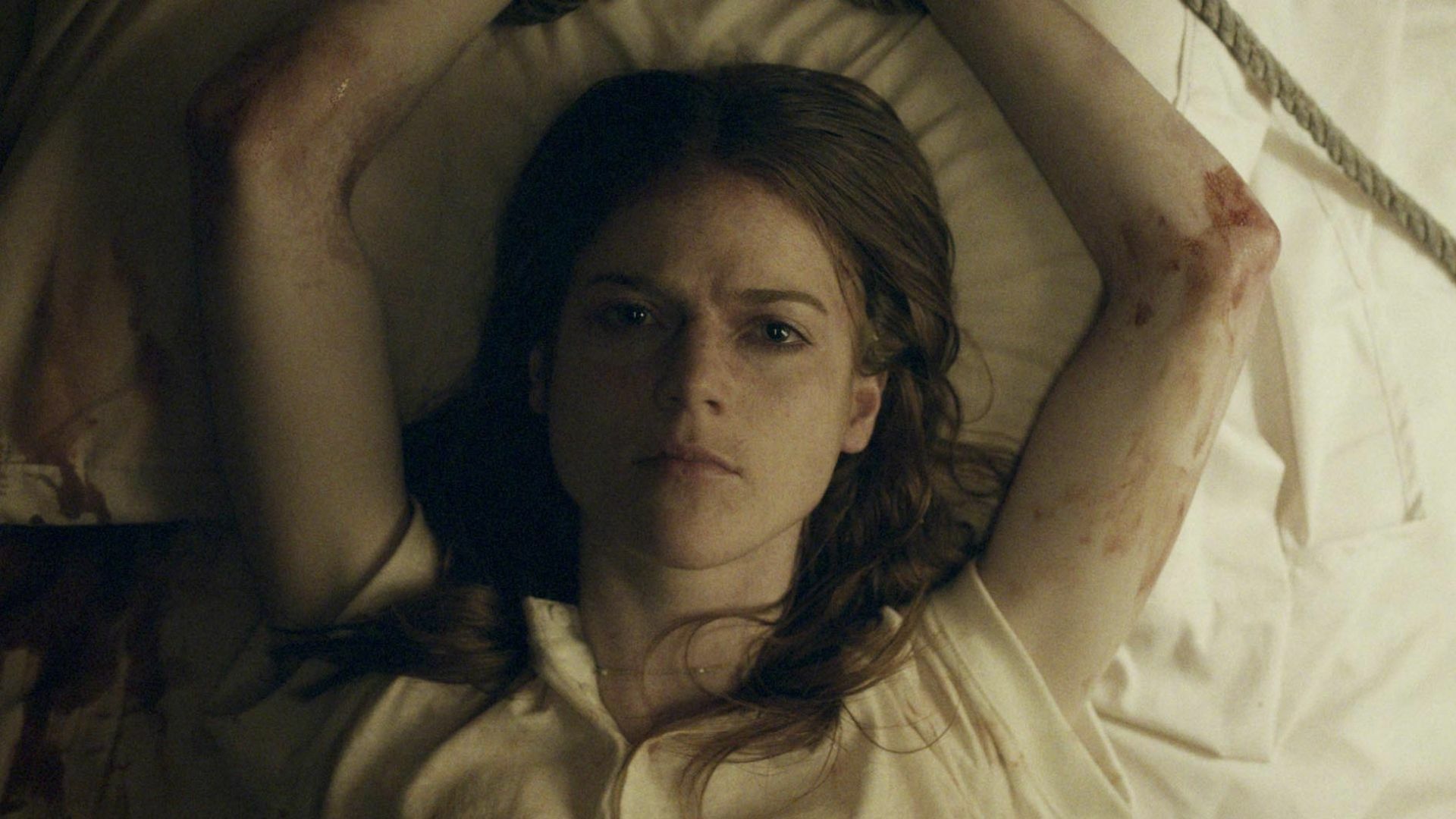 Bea (Rose Leslie) and Paul (Harry Treadaway), are newlyweds who can’t keep their hands off each other. Good thing they just arrived at their remote honeymoon cabin. Too bad shit is about to get really strange really quickly. Bea disappears in the middle of the night. She starts acting strange and speaking funny. Weird marks show up on her legs. An excellent debut feature from Leigh Janiak (The Fear Street Trilogy), Honeymoon deserves far more acclaim than it’s gotten, as it’s a horror film that excels in evoking a lot with a little. Janiak concocts an atmosphere of creeping tension and paranoia with an emphasis on slow-pacing, prickly sound design, and a mysterious narrative that teases more than it reveals. Honeymoon accomplishes what most big studio horror films would kill for.

How to watch: Honeymoon is now streaming on Prime Video.

Juliette Binoche is one of the — if not the — greatest actresses of our time. In Who You Think I Am, a dramatic thriller full of sneaky twists, she elevates a good film with yet another deeply human performance. After divorced professor Claire Millaud is ghosted by her hot younger boyfriend, she decides to create a fake Facebook profile to find him. Under this fake persona, she befriends her ex-lover’s roommate, another young hottie (François Civil), and the two begin an online love affair. Yes, this movie is about Juliette Binoche catfishing a younger man, but I promise, it’s not as cheap and sensational as that sounds. The narrative snakes and turns in surprisingly profound ways as Binoche conveys layers of emotional and psychological depth.

How to watch: Who You Think I Am is now streaming on Prime Video. 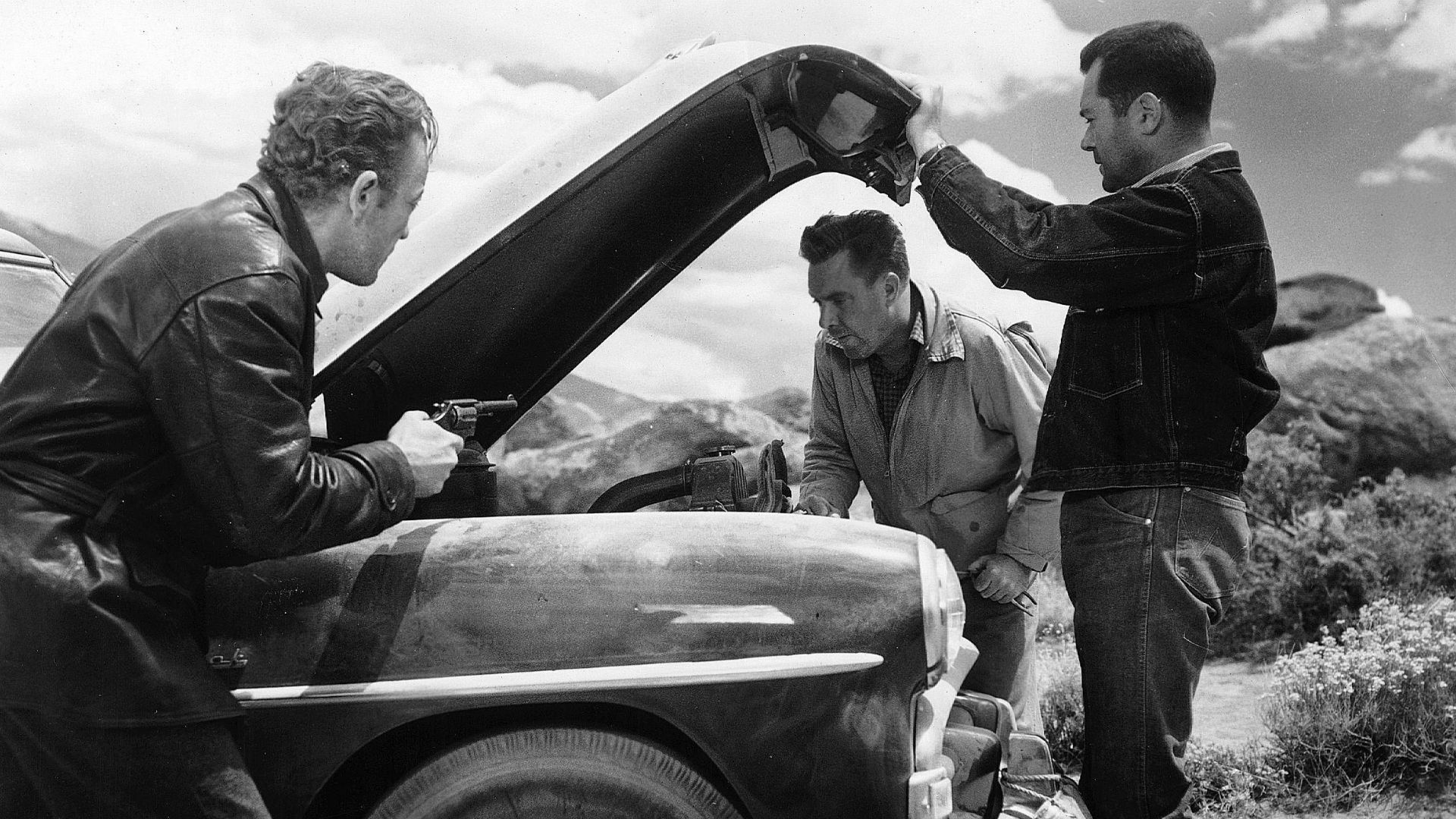 There’s no femme fatale, sprawling skyscrapers, or hard-bitten detectives in this noir. There are hardly any scenes set at night. And yet Ida Lupino’s The Hitch-Hiker, the first film noir directed by a woman, is as taut, engaging, and suspenseful as any classic crime drama. The plot is simple: A crazed killer is on the loose, hitchhiking from car to car across vacant dusty highways. And he’s just gotten inside his next victims’ vehicle. The film mostly takes place inside the car, with three men. Few other characters are introduced, and dialogue is kept to a minimum, but Lupino’s camera keeps us on edge. Claustrophobic and with the promise of danger looming around every corner, The Hitch-Hiker feels as if the killer’s pistol is aimed at our back the whole runtime.

How to watch: The Hitch-Hiker is now streaming on Prime Video.

While you could probably name every movie you’ve seen Mélanie Laurent in, I doubt you knew she also spent time behind the camera. The French actress’s second directorial effort, Breathe, is the film that comes to mind whenever I think about criminally underseen gems. It’s a simple drama about two teenage girls who become quick friends. But where it flourishes is the way Laurent brilliantly and sensitively captures how relationships between young women can fester into intoxicating obsession. Excellently directed by Laurent and anchored by a pair of charged performances from Joséphine Japy and Lou de Laâge, Breathe is an emotional gut-punch that more people should see.

How to watch: Breathe is now streaming on Prime Video through IMDb TV. 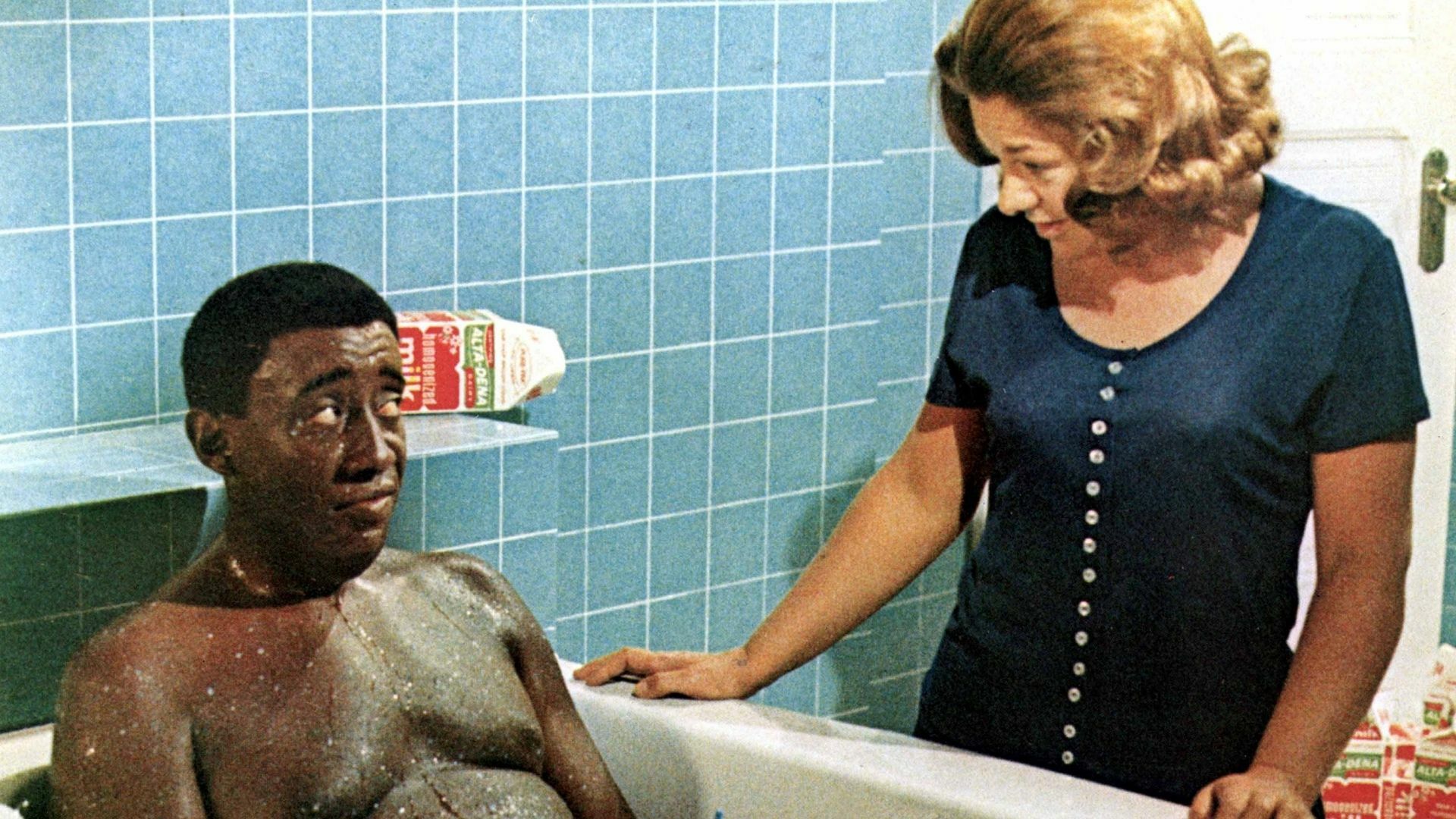 Jeff Gerber is a racist white guy who looks in the mirror one morning and discovers he’s now a Black man. That premise may not sound remotely groundbreaking in 2022, but it’s pretty incredible that this 1970 scorching satire about race from a Black filmmaker was produced by a major studio. Melvin Van Peebles’s Watermelon Man — his only studio movie before he went on to fund his own projects — is the type of audacious comedy that dares you not to laugh. Godfrey Cambridge’s performance as Jeff builds in absurdity to such outrageous degrees that you’re left with your mouth agape.

How to watch: Watermelon Man is now streaming on Prime Video. 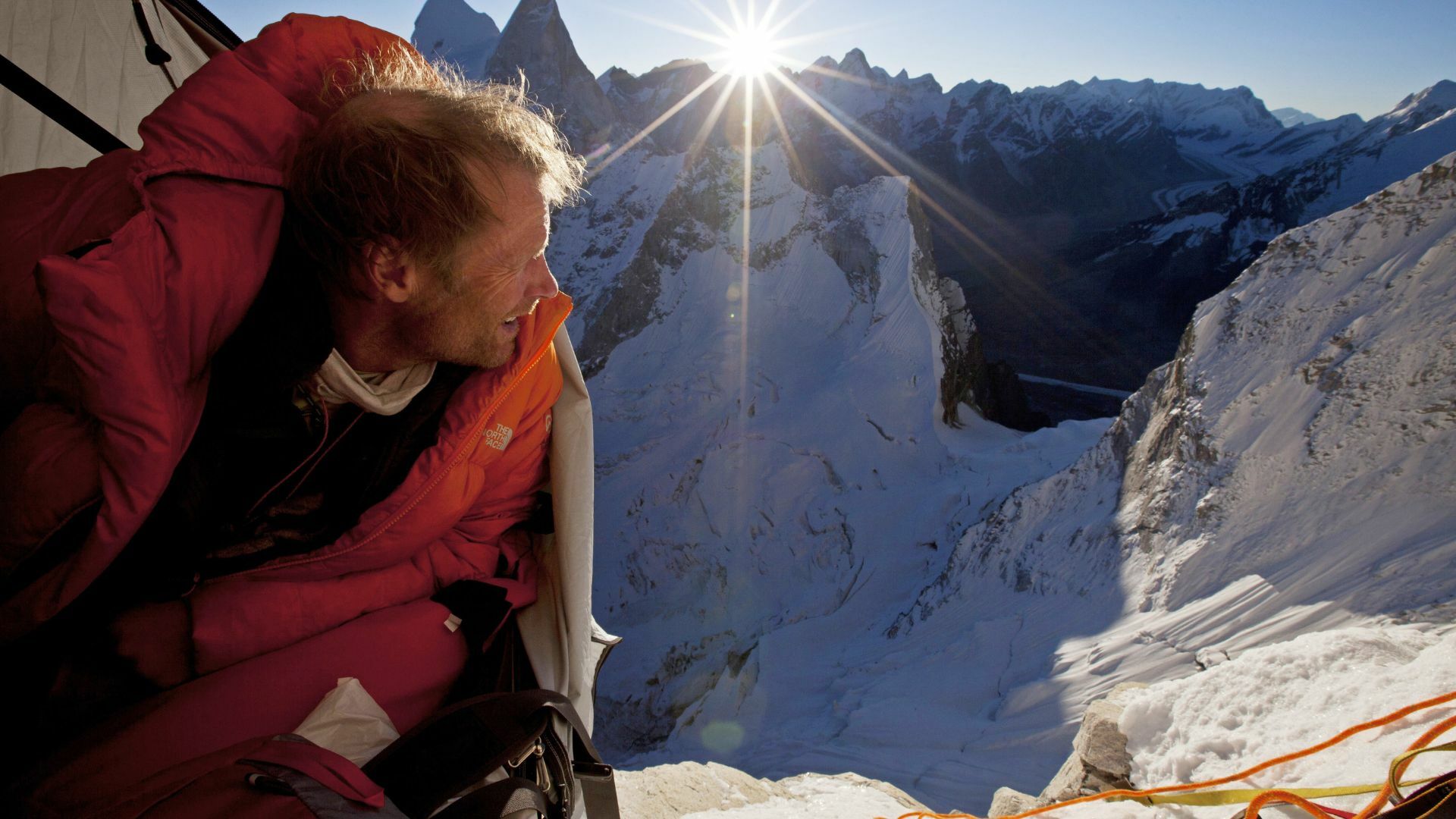 Everyone knows Free Solo, but Alex Honnold’s gravity-defying climb is just the best-known documentary by directing-producing duo Jimmy Chin and Elizabeth Chai Vasarhelyi. Meru came first and charted three men’s multiple attempts to summit the titular peak in the Himalayas. This isn’t just another thrilling (and terrifying) climbing doc, though. Meru examines the human psychological urge to conquer mountains and how even the extreme likelihood of death won’t stop these guys. Meru is as bonkers as it is beautiful.

How to watch: Meru is now streaming on Prime Video.

Big, action-packed historical blockbusters feel like a rarity these days, but Assassination, a South Korean spy thriller from Choi Dong-hoon, will certainly scratch that itch. Set in 1933 during the Japanese occupation of Korea, the film follows a group of Korean resistance fighters courted for a top-secret assassination. The man behind the mission, though, might just be a Japanese spy. Jun Ji-hyun leads the rebel crew as a kick-ass sniper alongside Squid Game star Lee Jung-jae, and Ha Jung-woo (The Handmaiden). Assassination is thick with plot and a few too many characters to keep track of, and it is a whopping 2 hours and 20 minutes. But if you love getting lost in period action-adventures bursting with stunning production design, it’s well worth the time commitment.

How to watch: Assassination is now streaming on Prime Video. 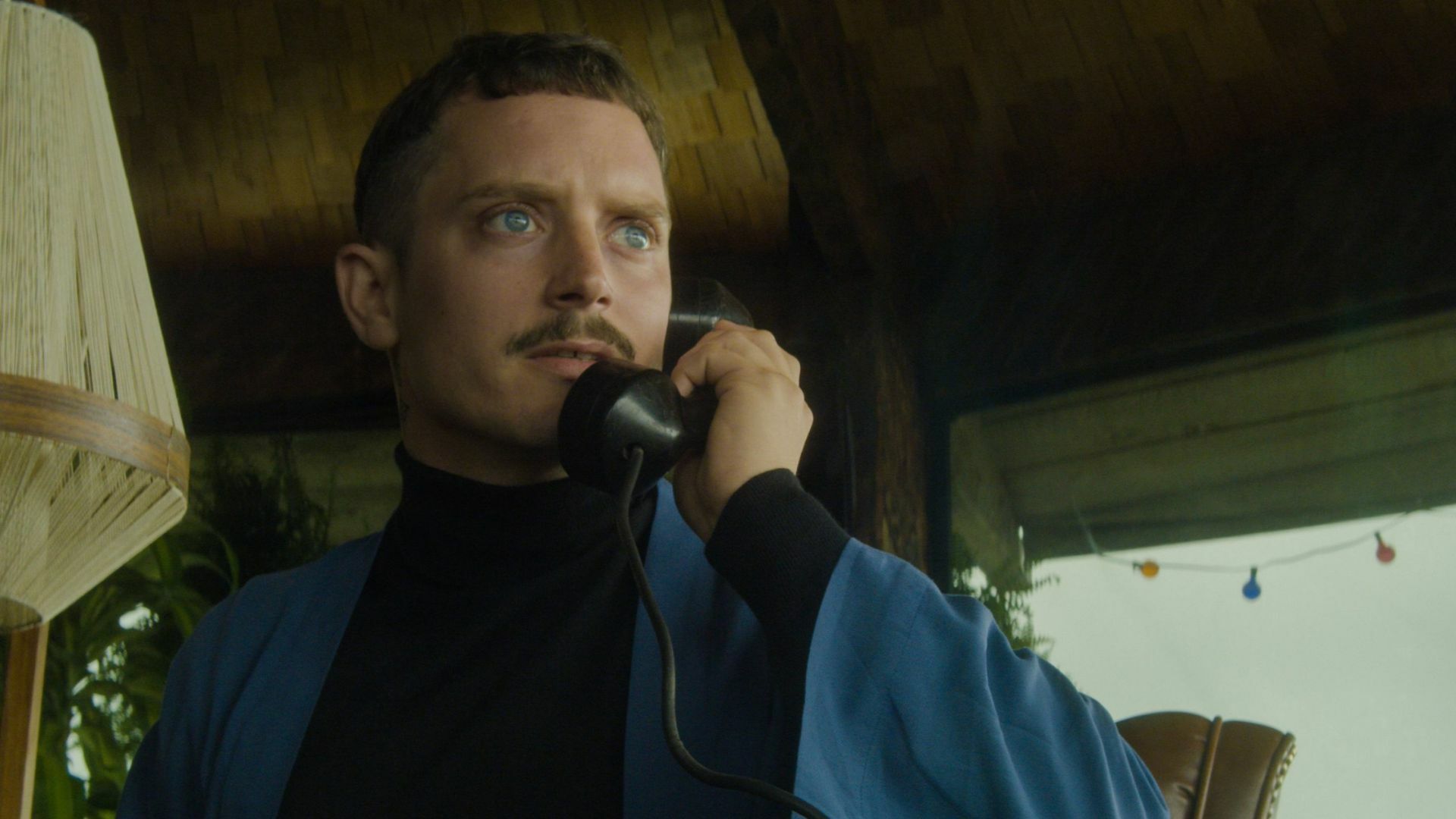 Elijah Wood has spent much of his post-Lord of the Rings career leading low-budget genre films, from Maniac to Grand Piano and Cooties, and this is another fun treat. In Ant Timpson’s Come to Daddy, Wood is a Beverly Hills hipster who shows up at a cabin in some faraway woods after receiving a letter from his estranged father. That’s about as much plot as you should know going in. But I promise: Things turn delightfully weird and abruptly gory. Come to Daddy is the perfect pick if you’re looking for a 98-minute dark horror-comedy jaunt into the woods.

How to watch: Come to Daddy is now streaming on Prime Video. 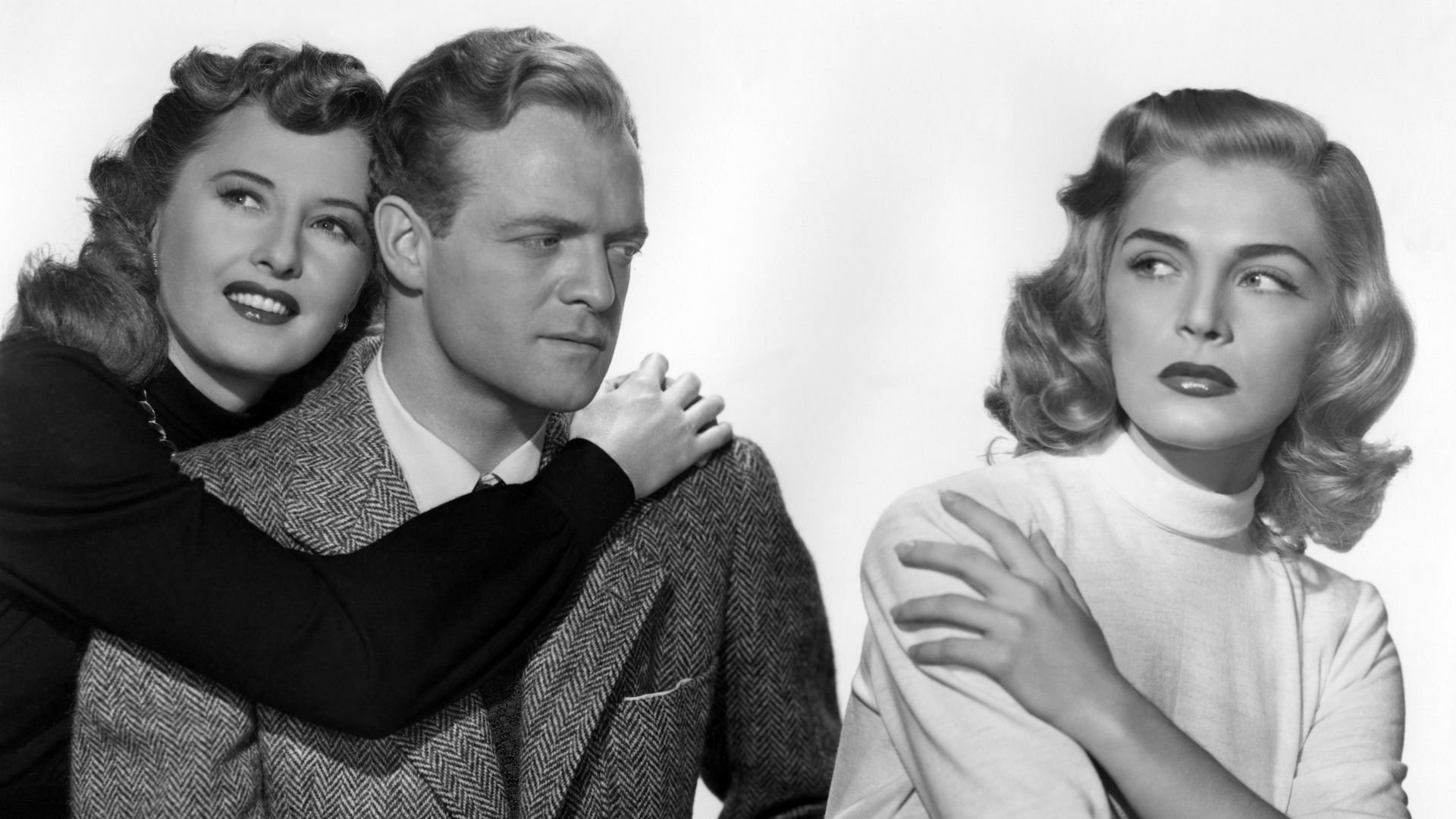 The Strange Love of Martha Ivers is a melodrama dripping with blackmail, murder, and jealousy — the best kind! Even better, it’s got a killer cast including a deliciously menacing Barbara Stanwyck, Kirk Douglas in his debut role, and noir icon Lizabeth Scott. After a young rich girl’s aunt is murdered, we jump forward 17 years to when the girl’s childhood crush returns home for the first time since the crime. A twisty game of blackmail ensues as various parties work to conceal the truth of the murder and protect themselves, some for love, some for pure maniacal power.

How to watch: The Strange Love of Martha Ivers is now streaming on Prime Video.